Create a poll for the Community to answer! The Staff may use this forum, too, to get your opinion on new ISML ideas. Sponsored Events will also go here.
Post Reply
45 posts 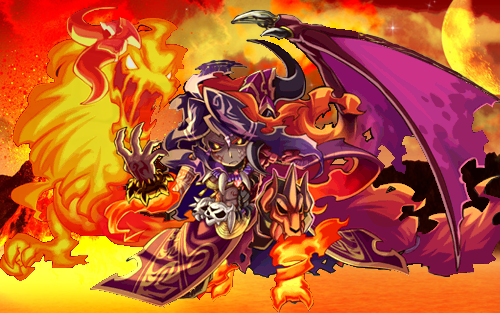 Rules: You may vote for 4 choices each. Please watch the entirety of the each video before voting, as a sign of respect for the submission (This does not apply to videos longer than 10 minutes). I will not post the names of whoever submitted the videos as to not sway the vote in favor of anybody (for all you cookie-hoarders out there). That doesn't mean you have to keep it a secret though - if you want to shout out excitedly "That's my vid~!

BE WARNED OF SPOILERS! Don't blame me if it spoils any anime you've watched! I'll try to warn off the biggest ones as best as I can.

I went through each one once quickly, so things could change when I have more time later on.
But as of now...only 3 videos left a good impression on me:

Sayonara kimi no Koe feat. Mashiroiro SymphonyShow
Can a song make or break a video?
Yes, but it won't be because the song is good is bad, but how well it matches the video.
(exception: if it's someone doing a cover, different criteria applies)

Sayaonara Kimi no Koe is an insert song used in both the anime and the VN for this particular series of events. So it's appropriate enough.
So what makes this video well?
I think the song complements the video really well and at the same time- the video itself tells a story. It's not simply showcasing the most epic moments of a character, it dipicts the interaction between characters, and the complex links that inevitably tangles your friendship circle when romance is involved, even if there is no love triangle within the group
Spanish Wolf feat. Spice and WolfShow
This video is very different than the previous one, similar to the railgun video- it mainly highlights character scenes over story telling. So why did this video get my vote and not railgun?

This video involved mainly one character in Holo, though a large part of the video included the male protagonist- the focus is clearly on Holo. Her story, troubles, discovery and emotions are clearly shown within the video and in an orderly fashion
MetamorphoseShow
I don't have much to say here...
I think the music matched well with the character and scene that was being shown at the time, as if the music was narrating to me what the character was thinking as of that moment.
Last edited by kanohistorm on Wed Nov 13, 2013 1:32 am, edited 1 time in total.

Yay finally! I've been waiting for this tourney ~ Going to take few hours or days to finish all of these videos with internet connection like mine

Uh, I haven't seen these videos at all...

I.. think I voted.. tried not to let the shows I've seen influence my choices.

Now that I've watched these, I wish I'd taken the time to search out my favorite AMVs

Jamie AB is open for business. How would you like your hare-brained scheme?
Confusing statements are fun :p

@ Ebby. Featuring other anime such as Kara no Kyoukai, Anohana, Fate/Zero.

2. Sayonara kimi no koe
Wow I'm totally opposite with Kano on this. While I really love the song, the scenes and the song doesn't really connect with each other?
I'm not sure I haven't seen Mashiroiro Symphony yet. In this video, I can see well the interaction between characters the conflicts happened or about to happen. But I also think that, some of the scenes are too happy for the song especially at the first half/beginning.

3.Implosion
Barely hear anything at the beginning but then getting more and more intense towards the end. That's the charm of the music used. And the lower brass is amazing.
The video focused a lot on fighting scenes . Even the boring nun arc looks mother frogging epic in here.

5. Metamorphose
It's like you're quietly watching as the soft white snow slowly melts on your warm palm. It's beautiful it's sad.

8. My Sassy Girls
I think those who made this did pretty well with all the scenes and song used. Fun,colorful, cute-ish effects.

9. Steel Fenders
At first I didn't like the music used at all. I probably prefer the instrumental version but it's still really good and fits very well with the video since it has this heroic feels in it.
Damn the fate of the king...Tons of anime used in making this but focus on the anime Fate/stay night, Fate/Zero, Knk,type moon related but then when I watched this I was like, why I never saw this scene, this scene or this scene and this scene??!
Like the Metamorphose, that editing skills check this out http://amvnews.ru/images/news/Making-of ... enders.gif" onclick="window.open(this.href);return false;. Even so, there's one scene in this video I feel like the editing is too plastic.

10. Imagination
Honestly it's really creepy when suddenly very random people/mermaid popped out with that eerie sound in the beginning. But then she swim into the 'real'
I fell in love. The song matches nicely with the scenes giving me a very soft calm feeling.

My opinionsShow
1. Good beat, good singer. I also I got Desu to sing this in RC twice.

2. Not much of an opinion. Probably outlining some sad moments or something, maybe the creators sunken ship? I don't recognize it so I wouldn't know.

6. The animation was nearly perfectly in time with the song. Very nice. I also seriously love this song though too.

8. That animation is amazing. Fits with the song well, and is animated very very well. Kinda surprised how well that was animated, actually.

10. Slow and quiet, I actually forgot the entire thing after watched it and had to look again.
And thank you blaZ. It was a good idea to try this.

I can't watch number 9 because of location issues

Yes , it started !
Seems like there's about half of them that I don't know, but I don't have time to watch hem today, good thing that the match last more than one day.

Actually.. I spotted several other animes featured inside though it wasn't very obvious. One of the guys walked past a group of kids and if you saw carefully, they were the anohana friends. The short bit where a feet was dragging along the ground with sparkles coming out is from the opening of C3. If I'm not mistaken there was a part with a gun that is from the opening of Angel Beats. The part where the girl was twirling with a black kimono is obviously and GLARINGLY from Jigoku Shoujo Mitsuganae (the original girl is Ai in the kimono with the flowery designs).

I have a bad feeling about my noms...

By the way, am I not allowed to vote yet? There's always a message about invalid submission when I voted...
Top

haebaragi wrote:I have a bad feeling about my noms...

By the way, am I not allowed to vote yet? There's always a message about invalid submission when I voted...

Eh...? are you voting more than 4?
If the problem persists please ask a mod, I'm not sure what's wrong

@kuki- re: sayonara kimi no koe
SpoilerShow
Well, I'm not tying to change your mind (or perhaps I'm),
but I think it would be very sad if she(focus character in the AMV) was never shown to be happy. I specifically mentioned 'story' because I don't think it would had such emotional developments without those particular moments.

@Kano
SpoilerShow
I really understand about the 'story' you mentioned and I'm well aware too of the purpose of the scenes being placed in the video. But I still feel that happy calm scenes are more fitting with this kind song, I saw few parts in this which I think it's really nice.

After all, to me the most important thing is that you're truthful - claire.
Top
Post Reply
45 posts