Create a poll for the Community to answer! The Staff may use this forum, too, to get your opinion on new ISML ideas. Sponsored Events will also go here.
Post Reply
36 posts

This is the group stage of the 'ISML 2013: Forum Edition' tournament.
3 members battle for 2 spots in the round of 16. This is Group H's match.
You can only vote once so vote for the member you think is the most moe~!

This is the last group but that does not mean the least important group!
From all the newbies in the tournament smartboyhw is clearly the most hyped-up one.
He managed to get the most nominations together with Eibbor82 and maglor.
Those other two however didn't perform that well in their groups. Maglor barely won and Eibbor only took second place!
Can smartboyhw evade such a disaster and win in style?
Grish, one of the magical girls is also fearing an early exit, almost all of her magical comrades have already fallen.
She also never got out of groups; can she do it now? Or will it be Just, a play-off contestant who takes it all?
It's your decision!
The winner of this match will qualify for the elimination period! The winner gets seeded into pot α.
The runner-up also qualifies for the elimination stage but gets seeded into pot β.
The 3rd placed contestant is unfortunately eliminated.

Suspicious results will be checked. Another poll-system will be used then to redo the match.
Please read the voting rules on the general discussion thread to see if you are allowed to vote.

Okay, I'm stuck with choices now. =A=
Voted for Grish as a sign of appreciate for the sig.

i won't tell about my vote
this is hard to choose
:3 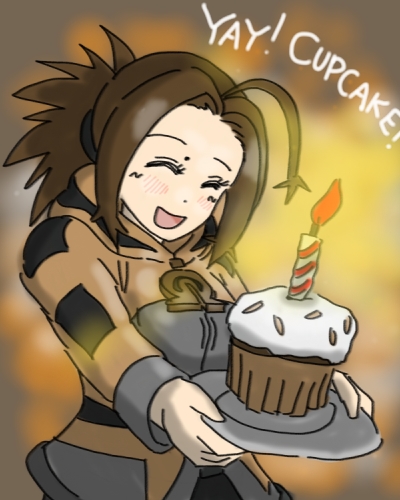 Hell, why they are in the same group...
Sorry grish and Just, I need to push smartie for the tiara
Top

Forced to vote for myself in order to reduce humiliation of myself.

Congratulations Grish and Just for pulling an upset!
smartboyhw, one of the members with the most nominations is out! The disaster has happened!
He is unfortunately eliminated.

The round of 16 is next. The draw will be on Sunday. More information on the general discussion thread.
Also, LOveLive!, please don't say things like that. These are actual people, not fictional characters. You don't know what you can do with words.