*Goes to cry in a corner*
#Support Tokisaki Kurumi
Top

So uh... Mashiro for Topaz?

Kanade, what the hell are you doing. That's poor, really poor.

Kurumi got anti-voted as expected. But the VD...

So sad for Rikka but too late for a boost.

I say, Shana for Topaz, Asuna for Nova circlet and then Mikoto for Tiara. DAMN IT.

Azusa's not that weak then.

Well, that went down quicker than...
Captain America: The Winter SoldierShow
...those three Project Insight Helicarriers...

Hail...Kurumi...
And Tohka, thank you for defeating Yaya.

In other news, Kurisu got 19th as I suspected she would

Let us congratulate Kanade for once again having the highest VF in the RS, even if she wasn't lossless.

Let us congratulate Mikoto for her first perfect RS.

Congratulations to DAL for taking first, second, and third place in Nova.

Congratulations to all 32 girls who made it into Post Season. Your hardest matches are yet to come.

... I'm going to explode with anger.
How can this be...? How can Misaka beat Kanade? Nearly all of my school voted for Tenshi...! Unless... Unless...... The chance of Kanade getting the Tiara now is pretty much low compared to Misaka. But as long as there is even a 1% chance, I'm taking it ON!

Yuki Asuna won against Kurumi, that's surprising. No, really! Hellscythe gets a sudden boost again Kuroneko... Fishy. Shana wins against Mio, alriight... I... I CAN'T BELIEVE THIS! How can Last Order win against Vicky? No really, why are all the To Aru Magi Characters winning!? It's hard to believe...

Charlotte won against Hinagiku?! Alright, not a fan of Hinagiku but it's impossible! Saber against Hitagi? Saber was getting a lot of support, so no worries.
Last edited by Tokei Shikake Tenshi on Wed Aug 20, 2014 11:12 am, edited 1 time in total. 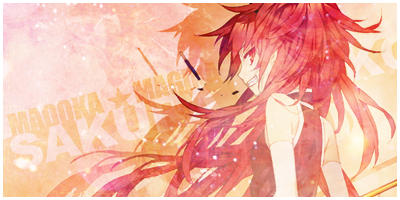 - Rikka tried, but if nothing else, Kotori keeps her unbeaten record for the regular season.

- It figures. The only Hanazawa rep winner in any match (Charlotte Dunois) ..... and it's against Hinagiku. (Not that I'm against Charlotte winning)
- Railgun gets her unbeaten regular season record, that's good.
- Both Kurumi and Ruri are not even in the necklace match.

- Not expecting Kotori to win the necklace match, but very interesting to see who does. Mashiro could repeat, but Shana is roughly 3 SDO behind Mashiro. Maybe Shana will win Topaz.

/Rant: If Kobato and Mikan are both going to be in the other jewelry match, then I rather they both not be involved.

The split involved would be too much for either one to overcome. Doesn't look like I'll be interested in the necklace round. I'll be back for the postseason.

oooh. haqua won with a much higher VD than expected =3

I'm with Kotori Itsuka now. Hehe... Well... Whatever. Congrats to Misaka Mikoto anyway. And I'm starting to think most Ruri Gokou fans gave up... Though she was close to Eucliwood... Anyway, congratulations to the winners! And don't get down if your favourite characters lost... THERE IS STILL HOPE!!!

Let me teach you something: We humans... Even for 10 minutes... We cannot even wait that long! - Nakamura Yuri, Angel Beats!
Top
Locked
91 posts