Votes/Love Live S2 ep. 4Show
Arena 07: Just finished the fourth episode of Love Live season 2...and felt like giving some reprieve to Nico (where previously, I'd pick Yoshino in a flash) thanks to her being a good big sister to her three siblings (despite having to lie about her being a "super idol" to keep up appearances).
"Rip and Tear. Rip and tear until it's done."

Thanks to:
Sig - Marinara :: Slivers - ppizzapie and melange
Top

Arena 55: Even though the "Charlotte" anime ended up being kinda shitty in the end, I still loved the character designs, and by golly this is supposed to be a "moe" competition first & foremost. Now if this were a "bad-ass anime female" competition I'd obviously have to go with Anna.
Top 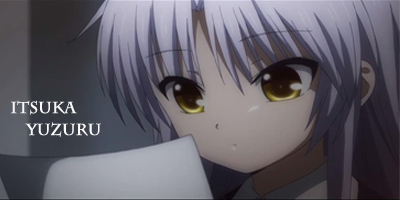 Bastion wrote:Arena 35; better little sister, the one who doesn't have a brother-complex

You can be damn sure Mikan has a brother complex. She's just not as blatant about it as Kobato is. Episode 2 from the OVA series pretty much lays the groundwork for any such subtext, and the fifth episode hints at it further via one of Momo's plants whose pollen brings out everyone's hidden nature at a cherry blossom viewing. And given the genre of the series, even Mikan isn't immune to the harem antics, as the series likes to further tease this ship via Lala's inventions or Celine's pollen. So nope.

The manga makes it quite clear that, while she does have a liking for her brother, she's only part of the harem because of Momo's tricks, and she's aware of the harem plan and just gives in. It's more that she's aware of the genre rather than actually being part of the harem. She actively refuses his advances sometimes.
It's more of a sister-brother relationship between them (on both sides), she's not to the age where she notices boys yet though. She even rejects an admirer and doesn't even consider Rito, I believe she explains her reasoning as liking to be with Yami instead.
Top
Locked
50 posts