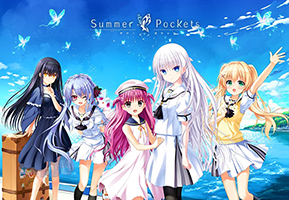 News. Post the date for the next round please. Thank you.Show
ISML 2018: Kotori Shocks Kanade In A Round Of Upsets

By Jo-Ryan Salazar
The Bedlam on Baltic Avenue
July 20, 2018

Anyone who says that Kanade Tachibana still has relevance in the International Saimoe League probably did not tell Kotori Itsuka the news. In one of the biggest upsets of the season, and a massive contender for Upset of the Year despite this being an exhibition, Itsuka won in a landslide 7875-4324 win that is sure to signal a sea change in the Saimoe landscape and eliminates Tenshi as a threat to challenge for the role of Saimoe Leader of the Free World, held by incumbent Mikoto Misaka.

In the other match, Kazuto Kirigaya is making bold statements despite not being up to Sora's caliber. A 5672-4467 thumping of Hideyoshi Kinoshita proves that Kirito is not going anywhere just yet.

Wrapping up Female Division action, Ai Haibara took down Emilia 6908-6127 in what would have been other the Upset of the Round by the Bedlam of Baltic Avenue had it not been for Kotori's victory over Kanade. Haibara is now tipped by the Bedlam on Baltic Avenue as an odds-on choice to win the Topaz Necklace and hold off a viable threat from Chtholly Nota Seniorious. Also in the Female Division, Sakura Matou defeated Tohka Yatogami 5250-4807, Aoba Suzukaze thrashed Satanachia McDowell Kurumizawa 5154-3973, Schwi Dola dished out a 6192-4099 hiding of Sagiri Izumi, Mordred prevailed over Chino Kafuu 5364-5209, Illyasviel von Einzbern crushed Saber 6470-4971, Jibril flew past Mikasa Ackerman 5244-4847 and Homura Akemi broke her losing stream with a 4704-4616 snoozer over Holo.

In the Male Division, Ciel Phantomhive also got in on the scalps with a 4870-4272 victory over Ayumu Aikawa. Gilgamesh also delivered an Upset, a 5870-4550 impaling of Yuzuru Otonashi which confirms that Angel Beats is no longer the threat it used to be in the past. Shouto Todoroki eased past Tomoya Aki 5564-4140, Tsukasa Mizugaki defeated Tetsuya Kuroko 4854-4287, Riku Dola rocked Astolfo 6125-2755, Masamune Izumi rolled past Sadao Maou 4442-3962, Keima Katsuragi stunned Rentarou Satomi 4354-4123 and Yuuta Togashi roared past Ryuuji Takasu 5016-3432.

Wrapping up Male Division play, Touma Kamijou broke Lancer 5240-4974, Shuu Ouma defeated Tatsuya Shiba 4651-4222, Inuyasha broke his losing streak witha 4626-4103 scalp of Light Yagami, Conan Edogawa tore down Kusuo Saiki 5265-4774, Monkey D. Luffy got off the schneid with a 4579-4198 pounding of Koyomi Araragi, Koutarou Azumi prevailed over Meliodas 4333-4217, Karma Akabane punched Saitama 4914-4897 in one of the closest races of the season and Kaito Kuroba completed another sweep for the resurging Detective Conan party in a 5061-4687 decision over Yuu Otosaka.