Discuss any anime in general, ISML or not. Please be mindful of spoilers and use spoiler tags!
Post Reply
214 posts

lol wow, you blatantly told Motoyama he has rocks for brains.

The pandora's box comment was left out this time. Previously, He had wished he had kept one cicada in the box. Could the one that stayed on the net be named Hope?

I can't tell if Haruhi was blushing for inviting herself to Kyon's house or from the rage of Kyon's blatent coup d' eta. Granted He did have one cicada to Haruhi's zero.
New Saimoe Podcast!
GTO--an inspiration to my next stage in life.

lol wow, you blatantly told Motoyama he has rocks for brains.

I FEEL SO PROUD. 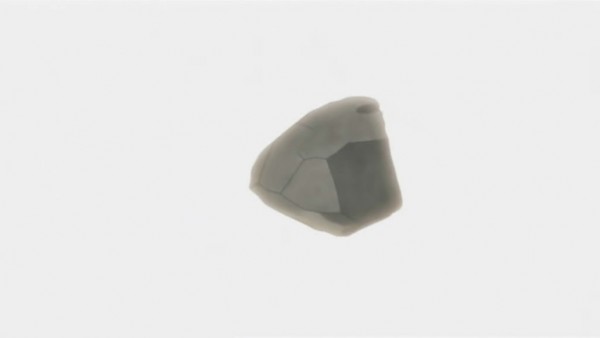 To me, this whole Endless Eight fiasco is, and yes you heard me loud and clear, brilliant.

Although I went into ep9 knowing it'll end, the sensation I received from it was too epic for words. There laid a moment of history kind of feeling, as if I'd witnessed first hand a major historical event unfold before my eyes. And then I finally saw what KyoAni/Kadokawa was striving for. That moment of revelation.

Granted, in a pure fan-of-the-series perspective, that "moment of revelation" was hardly a fair reward for the torture that was 8 weeks of Endless Eight. If I'd wanted that, I'd rather they'd shorten the amount of episodes to 3 instead, because by then the feeling would've already been created and there would also be five more episodes of actual new content. I'm sure almost every fan of the Haruhi series shares this exact same sentiment.

Ah, but that was not to be. After the 3rd Endless Eight there was a 4th, a 5th, 6th, and even 7th. Fans were RAGing, shitstorms were blown, and bricks were repeatedly shat. And although the pure-Haruhi-fan side of me who cared for the contents was also disappointed, that feeling was overshadowed by something even more powerful: awe, Diethard style. The sight of furious Haruhi-ists everywhere, the overreactions saying "Haruhi is over", and those ragequits of ranting fanboys, they've all taken a new light to me. Perhaps... perhaps, this is what KyoAni/Kadokawa intended to do all along. To evoke meta-commentary, to have the crowd experience a whole new form of excitement unaccomplishable under default story-telling means, to deviate from what is expected of something. The fans were the ones who played right into their hands, and to put it bluntly, were the ones being toyed with. It was something unprecedented in history, for the creation to control the fans instead, and Haruhi did just that. And that's why I call it brilliant.

So now whenever I see a still-raging fanboy going off about how nobody is going to buy the DVDs, I only see that as a lame comeback. Regardless of whether the DVDs will sell (and I admit I don't know whether they will or not), the fans being manipulated during those 8 weeks is a fact. It is a fact that KyoAni/Kadokawa won this battle. It is also a fact the crowd were the ones that "lost".

And I enjoyed this trip all the way. It was fun, KyoAni.


PS: I went and typed this up because I couldn't feel the enthusiasm to watch a different anime at this moment. I feel like I'd just been at the signing of the Declaration of Independence and am unimpressed at the idea of going to a theme park.

EDIT: Sorry for the tl;dr by the way. I just had to get it out of my systems.

I read it. BRILLIANT. Haruhi-ism controls you even when one TRIES to leave her Dominion. NO ONE IS FREE FROM HARUHI!
New Saimoe Podcast!
GTO--an inspiration to my next stage in life.

So um any idea of what eps are coming next rofl

Looking forward to the next episode.

Basaka wrote:So um any idea of what eps are coming next rofl

Turns out to be Sighs episode 1.

Watched the stream, and (of course) didn't catch any of the dialogue, but Haruhi did start to gather the materials for the movie...

Animation quality was disappointing and I must say that except for Nagato the one that looked the best was Kyon.

Finished ep 20 and I kind of have an idea on how season 2 will go. Remember the stupid movie they made in fisrt season? They will tell you how its made and stuff. Thats what I think. And about the quality..... I have to say its pretty bad on this ep. Haruhi looks more like Yui .......... Season 1 is better than Season 2 for sure now.

Welll if they're animating sighs then surelly dissapearance will be left to a next season. Well hopefully Yuki finishes subbing the last endless 8 episodes soon so I can watch then together.

So if you feel like 8 episodes wasn't enough to fill your hunger for endless eight, then at least you have some nice news (from Sankaku Complex):


Newtype’s announcement that “something is going to happen” with regard to otaku exploitation anime Haruhi has been finally made public, taking the form of no less than four shocking announcements.

The announcements run along these lines:

1. The seiyuu for Haruhi, Nagato and Mikuru are recording some exclusive interview for distribution only to Newtype’s loyal rubes!

2. Endless Eight will be shown again on Newtype’s site for a whole day at the end of August! Relive the joy!

3. Fans will finally get to test their knowledge of Endless Eight in the “Endless Eight Cult Quiz”! How many questions will you be able to answer?

4. New information on Haruhi goods for you to obediently buy up is forthcoming!

OF course in the heart of every Haruhi fan Endless Eight will never end!

There should be some endless Feito's these days.

well if I don't get Vanishment this season then I'll be sad.