Discuss any anime in general, ISML or not. Please be mindful of spoilers and use spoiler tags!
Post Reply
535 posts

Lets see.. The summer Animes I plan to Follow:

Series I plan to give a try:

This will spoil Charlotte for you. (Not really. Maybe.)Show 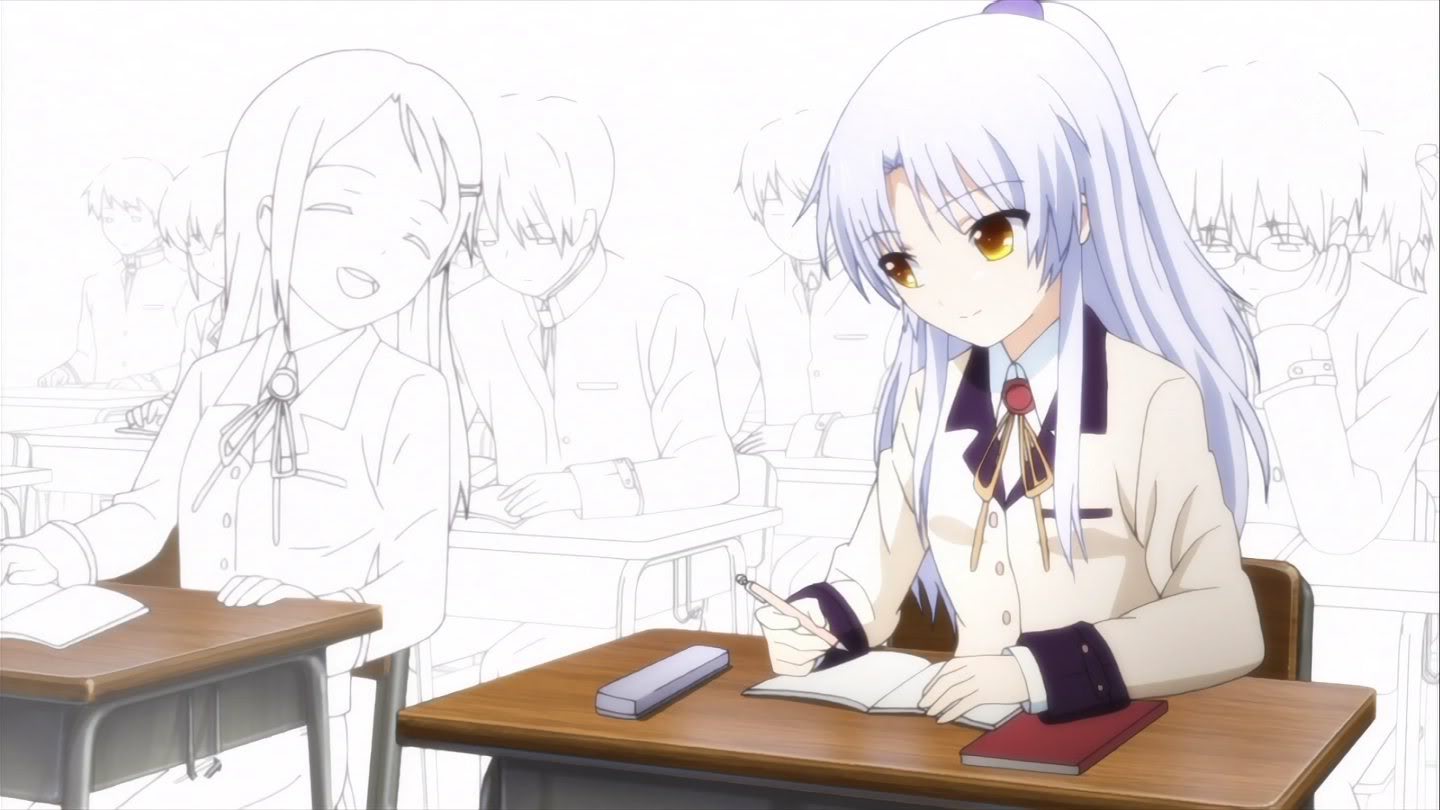 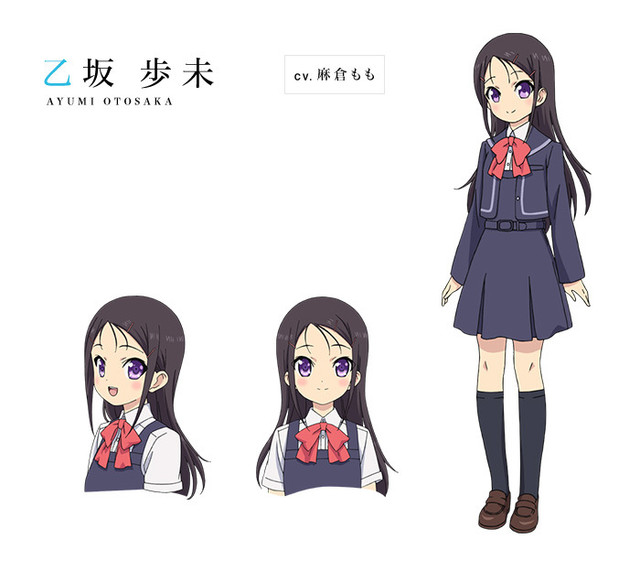 Uh...does this mean Ayumi is going to die in the course of Charlotte?
Easter eggs already.

from someone at MAL wrote: 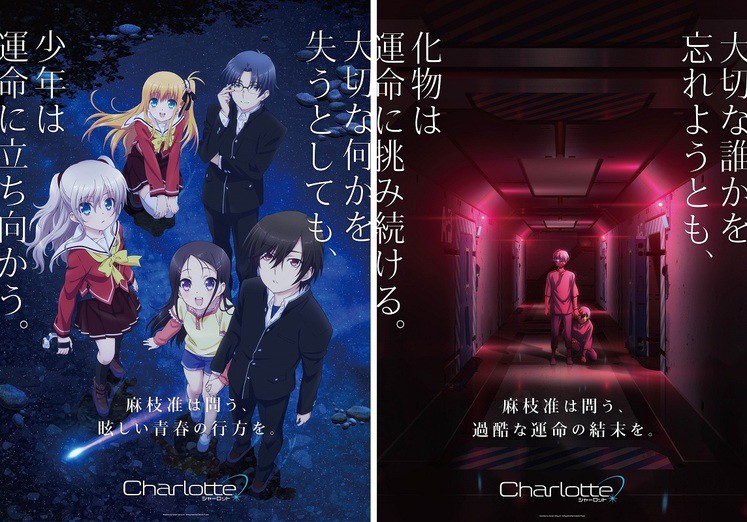 Translation of Taglines by ANN:
Left:
"The boy confronts fate, even if he loses something precious,"
Right:
"The monster continues to challenge fate, even if it means forgetting someone precious."


shite, nobody subbing the specials yet
Giving his love for life, and died dreaming about her in the end. A real happy man, right? ~
Top

Reverend wrote: shite, nobody subbing the specials yet

Watch it anyways. Especially the last few minutes of the special broadcast. It reveals direct footage from the anime with voicing and all, and the scene is hilarious.

Also, this makes me want to cry if it's actually one of the themes. Although with a band named "How Low Hello"...I guess this totally fits right in. 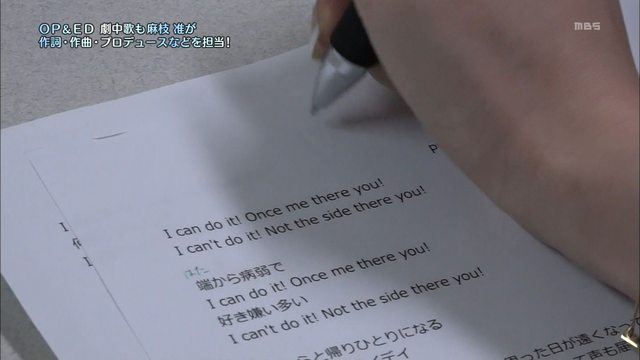 the problem is I miss the live run
anyone still has a link?
Giving his love for life, and died dreaming about her in the end. A real happy man, right? ~
Top

Staff Talk Event: http://www.bilibili.com/video/av2462744/" onclick="window.open(this.href);return false; Probably pointless to watch this one with if you dunno Japanese. I haven't.

God damn, I'm too hyped about Charlotte that I'm probably giving it a 10/10 even if it's a train wreck. Like Angel Beats!

DB Super is fixed. No spoilers though.
== Low Activity ==
Current Soul: 269
Newest cards of Saimoe set: (Resized for signature use)

Will try:
Rokka no Yuusha
Joukamachi no Dandelion
Venus Project

RailWarrior wrote:
God damn, I'm too hyped about Charlotte that I'm probably giving it a 10/10 even if it's a train wreck. Like Angel Beats!

though I disagree that AB! is a train wreck (even though it's nowhere near the holy trinity)

only hope that finally there's a KEY work that can fill the role of "Autumn" with no one to question about it.
Giving his love for life, and died dreaming about her in the end. A real happy man, right? ~
Top

High priority:
- The [email protected]: Cinderella Girls 2 - More Anastasia, Ranko and Mika (with a side order of Rin)? Yes, please.

)
- WORKING!!! - Need a good laugh every now and then, as well as Poplar (Kana Asumi) occasionally screaming, "I'm not tiny!"
- Aquarion Logos - Probably the only mecha anime for this season.

Might take a look at:
- Charlotte - Another P.A. Works-Key Visual Arts collaboration? Sure.
- Wakaba Girl - Despite the existence of another established slice-of-life show further below, I'd rather give this new series a chance.
- Classroom Crisis - Light sci-fi fix, possibly in the vein of Plastic Memories. (Minus the tearjerker moments.)
- Monster Musume no Iru Nichijou - Ecchi supplement to To LOVE-Ru – Trouble Darkness 2nd. Also, I like to think of this series as the spiritual successor/fanon sequel to the Rosario+Vampire manga (not the horribly butchered anime).
- GANGSTA. - Would this be the anime version of Sin City? Let's find out...
- Jitsu wa Watashi Wa* - Another contender to the "Rosario+Vampire spiritual successor" title.
- Aoharu x Kikanjuu* - Hope this survival game anime will be more fun to watch than Sabagebu, yet not as deconstructing as C3-bu was.

Definite watches:
Charlotte (if an anime has superpowers there's a 100% chance I'll take a look)

Might watch:
Working!!! (Once I finish the other two seasons loool)
Fate/kaleid liner Prisma Illya (Same as above)

Will watch:
- Charlotte
- Durarara 2-2
- Working 3
- Cinderella Girls 2
- Maybe that seiyuu anime, because the chara design is from Hata.

But hey, it seems like a good season to watch some old anime.

Gangsta - First ImpressionShow
It's so slow yet so fast...
it's so fast yet so slow...
The transitions of each scene is kinda annoying, and the zoom is too close. Though perhaps it could be because they want to brag about the details on the character design (which is good.) But it's kinda disturbing because I can't see the whole room well.
well, not that upclose take is bad, it's just this one forget to introduce the viewers to the visual realization of where and when and jump straight to close take.

The lack of "proper" action scene is annoying.
Ranpo Kidan - First ImpressionShow
Kobayashi is cute, though nowhere near Nagisa <3

But then again it helps setting the mood - all the bg and unrevealed charas are in gray, which shows Kobayashi's view of the world.
2. That piano in the first scene, why do I feel I ever heard there? anyone knows and remember the title?
3. But they failed to explain Kobayashi's interest in mystery, they skipped the most important introduction - introduction to the main hero.
If one does not notice important scenes such as Kobayahi realizing that Sensei is using a perfume, one would never guess that his senses are quite sharp.
Giving his love for life, and died dreaming about her in the end. A real happy man, right? ~
Top

Chaos Dragon Episode 1Show
Fuck you, Urobuchi. Totally assuming you're the one who killed off Mashiro. And is that dragon Nasu's idea?

Gate: Jieitai Kanochi nite, Kaku Tatakaeri Episode 1Show
Hah. This really is Outbreak Company: Invasion Scenario.
...Well, I guess it would be the other way around, with Outbreak Company being the series to take from Gate.
I really loved the former. Like, the one anime feel did right. Hoping this doesn't disappoint.

The anime itself: nothing special
but Itami send this straight into my bookmark link
Giving his love for life, and died dreaming about her in the end. A real happy man, right? ~
Top

Whoever is mod of this forum should know to unsticky the last thread and sticky this one, and do it in the future too.

MAL Ratings ISML Chat, Saimoe Blog, Saimoe Wiki
A tall, towering wall looms in front of me. Beyond that is something that I could never to see on my own.
And that is...the view from the top.
Top
Post Reply
535 posts