by melange
That usage of corporate sector is not particularly appropriate, as it artificially creates something that ties completely separate and unrelated series and studios together and has no basis, which is at odds with how all the other 'entities' in space opera have been 'written' up till now. I think while there may be strong individual characters amongst those not aligned with a larger overarching power, until the studios they are from have more than a single series, only then is it appropriate to group them. What is wrong with them being singular strong powers? Why do they need to be artificially lumped together? For example, initially in space opera lore, Shana was just a 'singular' power defiantly defeating everything the Kyoani Empire threw at her. It was only later, when the other JCS series and particularly many more Kugyu voiced characters (at the beginning in 2008 only Louise was also there) came in that the idea of JCS as a large counterweight to Kyoani came into being. CC, Horo are other strong singular powers that didn't need to be specially grouped. Just because there are strong contenders doesn't mean they need a group.

Besides, without a 'basis' of what ties them together are, those are the hardest things to make icons for. While a lot of studio icons were based on the actual logo of the studio and thus easier to make (like JCS's icon, though often these simple adaptions are the least satisfying icons), some of the others were much tougher to do. Deen never had an company logo when i was making icon for it so its icon came from the shared thematic of 'eternal renewal' (Higurashi's repeating time, FSN's heroes returning from legend's to fight in the grail war, Sankarea's and Kore wa Zombie's zombie reincarnations etc), Shaft's came partially from Shaft's simple text logo and also from playing on the word 'shaft' (a stylized S with a line 'shafted' through it), Silverlink's came from 'link' = 'chain' + the fact that its series at the time (Bakatest + C3) had a lot of SM themes. Kugimiya Knights, came from combining the idea of them being like a Jedi order and a word play on Kugi = key. Order of Lotus came from word play on Hanazawa name (Hana = Flower, zawa = marsh, flower in march i.e. lotus), the fact of Kanade's lotus shaped weapon incarnation and the numerous 'Lotus' themed secret societies in history... All these took time to formulate and design. Trying to come up with an icon that would 'summarize' all the different corporate sector series will be much more difficult than any of the above and ultimately because there is no real tie between them, I don't think its worth spending the time on.

by blaZofgold
Alright, that makes sense. Thanks for all your hard work!

by Reverend
First of all, I'll post this here: the material for faction banner
in hope that some kind stranger would lend his/her hand to do the photoshopping and stuffs
If not, then I'll just do it myself (later, after that little secret I've told you is done)
faction logo rawShow 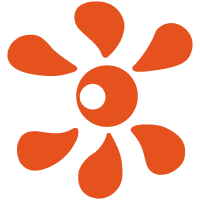 KyoAni (no need to answer anything)

ufotable (the 'o' in the middle)

A-1 Pictures (no need to answer anything)

(I choose to post this too, the IG part) Production IG (Black IG)

White Fox (this one is difficult, but I cannot find pic that only contains the sign)

(brains base is difficult, I'll search around again, but for now: ) Brain's Base

BONES (just the corner)
Colors to follow the faction page

for the rest, old banners are good enough
Once the banners are all complete, I'll start database-ing things and put all the banners (old and new) into a new place
since I think we can't forever rely on people's photo album, space opera should have one of its own

by Momento10
I am planning on making flags for them later, but, right now, I am putting my ideas here such that I can refer back to them in the distant future. Again, if anyone would like to make them, they are more than happy to:
The Kettenkrad Shōjo Shūmatsu Ryokō
Pilot Captain Chito
Copilot 2nd Lieutenant Yuuri

Warriors from the Land of Jewels Houseki no Kuni
No specific title for the characters, since their own names are already a title lol.
(or well, you can name them based on the qualities of those jewels.)