Hello everyone,
I would like to introduce myself since this is my first post in the ISML Forums. I am a strong supporter of Takanashi Rikka, my favourite character, and the whole Chuunibyou band.

I noticed this Space Opera thing and immediately loved it after reading the stories and seeing the artworks you guys have done so far. I also noticed, however, that there isn't an official Chuunibyou faction. Therefore, with your permission, I would like to create one.

The structure would be the following:

Sorceress of the Tyrant's Eye Rikka: supreme leader of the faction. Uses mostly dark magic and magically enhanced weapons such as the Schwarzschild.

Mjolnir-wielder Sanae: direct servant of the Tyrant's Eye and second in command. Relies on the destructive potency of her Mjolnir hammer.

Mori Summer Shinka: she isn't proud of it, but she is a full fledged member of the delusional party. Uses white magic mostly.

Priestess Tōka: although sometimes she finds herself in conflict with the leader's decisions, she contributes fiercely to the galactic war with her dark powers.

It is obviously affiliated with the Kyoani Empire.

I also made an attempt at drawing a flag and signature using the style of the old factions. You are welcome to tell me what you think of them.

Re: [FACTION] Eight Stars of Delusion

Sophia Ring SP Saturn VII, Satone wrote: Everybody! I'd like to take the time today to declare my alliance with the Eight Stars of Delusion as their one and only Devil Magic Girl.

Reports have been going around that I, Sophia Ring SP Saturn VII, have been at war with the Eight Stars of Delusion. I am making my report right now to dispel all rumors and deliver the true and correct facts of the story. To be sure, there was a period of time when I myself was not sure whether or not I would eventually ally myself with these masters of delusion. Turmoil boiled in my devil heart, threatening to tear the magical threads that bound my existence apart. I was at an utter lost.

However, in my darkest hour, the Sorceress of the Tyrant's Eye lead me to an opportunity to defeat the one enemy that she had been grappling with for many years, the Dark Flame Dragon. Facing this formidable foe at midnight, under the piercing rays of the full moon, I, Sophia Ring SP Saturn VII, was able to defeat my nemesis once and for all.

Now that the Angels have been driven back, I no longer feel the magical storm inside. There is rest within, and peace without. Tyrant's Eye and I have now made a contract, a pact that cannot be so easily broken by the Angels or the Overseers. Even though I cannot join her in the Nova stage and fight alongside my comrade and rival, my support and prayers will reach the ones on the battlefield, carrying the people I care for safely on the wings of dreams.

...Even still, I long to fight. Exhibition, hurry up! 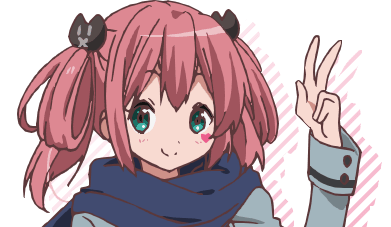