Seitokai activities will be reported here, except for very important or period-specific announcements. Feel free to comment on what the student council has to offer.
Post Reply
8 posts • Page 1 of 1

A lollipop may not be as valuable as one Zimbabwe Dollar. Yet, it carries with it our community members' selfless contributions to ISML. Therefore, lollipops are actually priceless.

*A normal day in the Seitokai Common Room*

Chisaki: Hmm... Rita, can you come here for a while?

Rita: What happened? Did the efficiency of the ISML staff drop again? I don't want to see that happen during nomination period...

Chisaki: No. Instead, it seems like the effort that our community members gave when writing Featured Match previews wasn't properly recognized...

Rita: Oh... Can you give me the collection of these previews? I want to have a look at them.

Chisaki: Sure. Let me see... *glances through the bookshelves and takes out a bundle* Right, there you go.

Rita: These previews are awesome...

We really need to do something to pay them back.

Chisaki: BTW, that Recap video of ISML is really great thanks to Kholdy. And the final sentence of the video "Thank you for voting in ISML" is an excellent touch. We might want to thank our community members for translating that into an array of languages. Maki, how many lollipops do we have?

Rita: Anyways guys, anybody mind if I give some loliipops to our writers and translators? Voice out if you have any objections.

Chisaki: It's also time we reward those members who have participated in the latest Seitokai Quiz.

Rita: Sure. Can you handle all these, Chisaki? I can slave Ryuunosuke if you want.

Chisaki: Nah, it's fine, Rita-san. I'm secretary after all.

Chisaki: *exhausted* Rita-san, I've finished the counting. There you go.

Rita: Right, thanks for your hard work, Chisaki. Let me have a look...

The Seitokai is not dead guys.

Rita had no intrigue behind this CD ?
i surprised

BugH wrote:Rita had no intrigue behind this CD ?
i surprised

This is maglor's hidden agenda to bribe everybody and take over ISML as the evil overlord. (Joke)

Thanks Seitokai 0 0
*gobbles up lollipops and gets tooth decay*

*greedily eats every lollipops*
Giving his love for life, and died dreaming about her in the end. A real happy man, right? ~
Top 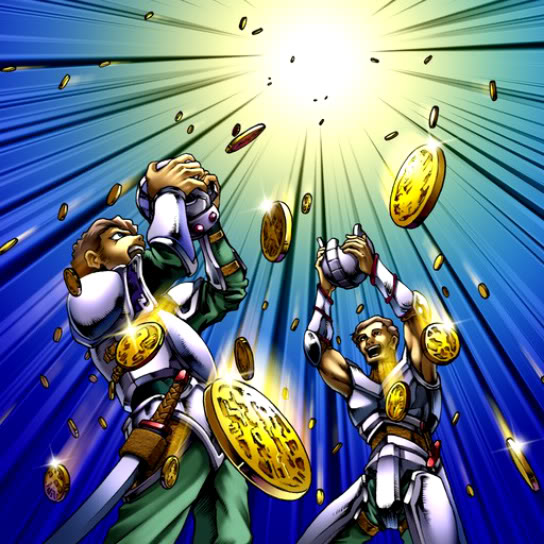