Seitokai activities will be reported here, except for very important or period-specific announcements. Feel free to comment on what the student council has to offer.
Post Reply
5 posts • Page 1 of 1

“Spring is the time of plans and projects.” ― Leo Tolstoy

*In the Seitokai Room, Yui and Azusa are looking through pictures of characters from Spring 2015 anime*

Yui: Look at this picture, Azu-nyan. Isn't she cute? 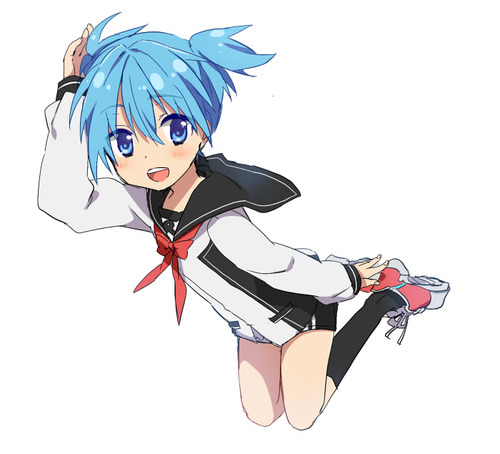 Yui: Oooo, this one's so moe as well! Mmmm, I decided, I'm going to take them all home.

Azusa: But senpai, you can't be so greedy!

Yui: Oh dear, which one should I choose? These girls have such kawaii costumes and look so cute!

Kaori: I have a suggestion, my dear comrades.

Kaori: Why not we settle who is the most moe of them all by organising a voting competition? Then, you can decide which one to choose among the many cute girls out there by choosing the winner.

Saber: I agree. If we cannot decide amongst ourselves, then we should let the voters make the choice for us. This way, everyone does not lose out.

Yato: OBJECTION! I've have seen many types of tournaments like these, and they have NO PAYMENT. Not even 5 yen... unless it has-

Kaori: For God's sake, would you stop getting hung up by the payment issue for all the events we have here? Anyway, if everyone agrees, then we shall carry on with the idea. Tina!

*Tina wakes up from her sleep, groggily walking towards the rest of the Seitokai members*

Kaori: Could you help us prepare the documentation for a voting competition to be held in the near future?

Tina: OK, Kaori. It shall be ready by tomorrow morning. I need to get ready for my next mission now...

Yui: I can't wait for the competition to happen!

Series that are wholly eligible:


Series that are mostly eligible, except for characters already in 2015 Prelims:

Series that are mostly not eligible, except for characters whose first non-cameo appearance was after 4-Nov 2014:

Series that are mostly not eligible, except for characters whose first non-cameo appearance was after 1-Apr 2015:

Also, take note that nomination would be on a separate page from Aquamarine 8's voting.

Saber: A job well done by Tina. The Seitokai is truly blessed with her presence.

Kaori: Indeed, unlike a certain someone...

Azusa: Look, there is another note by Tina. I wonder what it says?

Nagisa is so cute~ <3
Giving his love for life, and died dreaming about her in the end. A real happy man, right? ~
Top
Post Reply
5 posts • Page 1 of 1