VotesShow
Suddenly, it's Round 4 of Phase 1, and it's do or die for the remaining Stella Candidates.... These are some of the toughest matches I've had to vote on. And I blame it on the fact that the Stella roster has gradually been increasing year to year while the number of Regular Season slots stays the same. Absolutely painful.

Stella CommentaryShow
Arena 1: While I have nothing against C.C. or Charlotte (surprisingly for the latter, given my attitude toward her in previous years), Tomoyo is still my highest priority.
Arena 2 and 3: My votes for these arenas came down to "deserved slots" vs. "wanted slots". Kyou and Haruhi have been with ISML since the beginning and it would feel weird to suddenly not have them participate. At the same time, I feel stronger about Holo and Numph. In the end, I added Holo and Numph at the last second....
Arena 4: I once again blame the widening roster-to-slot ratio as I like all four characters here. I have decided to not subject Kotomi (my number one favorite) to another outclassed year in the Regular Season) in favor of Shinobu.
Arena 5: While I do like Louise (and have been surprised at her fluctuating strength in the past couple of years), Hitagi is still my first choice in this arena.
Arena 6: If I had a choice, I'd have both Hinagiku and Subaru in the Regular Season. The cards weren't dealt that way, though, so my choice was somewhat easy.
The Nova arenas aren't as critical, as all that is at stake today is the right to be the first batch of Nova characters to make it to the Regular Season roster.
Nova CommentaryShow
Arenas 7, 10, 11, 12: It would be easy to just say I voted for just those I know (because they are the only ones I know in these arenas), but if I didn't like them, I wouldn't have voted for them.
Arenas 8 and 9: While I do know Touka, Rin, Sanae, and Kud, I don't feel strongly about any of them (especially Touka; I'm still baffled on how she made it into the Regular Season last year because she's about as far away from being a loli as can be. And we all know that only lolicons vote in ISML, right? *shot*). This ended up with me abstaining entirely in Arena 8 and only voting for Yui in Arena 9.
Seeding CommentaryShow
Arenas 13 and 15: Continuing my support on behalf of Elvinsky.
Arenas 14, 17-20: Voted for those I know that I also like.
Arena 16: Don't know anyone.
Edit: Holy crap, a maximum of 40 possible votes!

commentShow
Unable to vote :
Pizza, Desu, Maid, Wolf, Fujoushi, Rin, Deity, Kouko, Sayaka, Frey...
-Surprisingly easy day for voting, though it will be hard me to see the result...

Feel sad as I might never see these characters in the main round...
Hina/Subaru, Char/Tomoyo, Nymph/Kyou, Nagisa/Haruhi, Louise....
Please excuse my lousy English...

I already have a bad feeling about this. 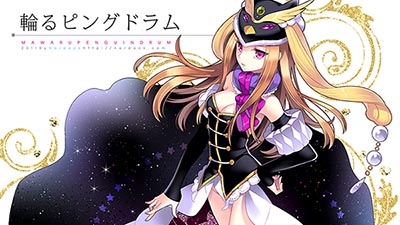