Hmm, I dunno, mixed feelings on the results. Too bad Nanami lost. I'd be overall fine if Kanade wasn't there, then we'd have an interesting semis set-up. As is, it is still so hard to not see Kanade winning.

Otherwise I think the results were very cool, some nice close matches too. The increase in voters certainly swayed things slightly, but that's all good. It did seem mostly in favour of DAL, so maybe Kotori can pull off a victory.
Bloodborne AwesomeShow
Top


Not that I like to see Ayase there but, Mashiro has beaten Ayase before so....
Mashiro vs Kotori/Kanade?

Upset of the Day: Kurumi over Mikoto.
News report forthcoming.

The results are so deliciously beautiful (apart from Yoshino losing)...the gods were with me for once.

prefer yoshinon but ayase is fine too. this result is great. im rooting for mashiina/ kotori, i feel like im leaning more towards the latter though. good luck :>

Match Day 7 of the 2014 International Saimoe League Postseason has concluded and we now have our semifinal pairings. Mashiro Shiina defeated Asuna Yuuki, 4045-3990, winning every region except for China, Japan, Korea, Australia and New Zealand. Kotori Itsuka picked up every region with the exception of North America, Western Europe, Russia, China, Japan, Thailand, Australia and New Zealand en route to a 4218-3725 victory.

Match Day 8 of the 2014 International Saimoe Postseason is scheduled for September 28, 2014. Vote for your favorite candidates at InternationalSaimoe.com and join the ongoing debate.
Last edited by Hachiko on Sat Sep 27, 2014 4:15 am, edited 1 time in total.

Well. I for one welcome Kanade as the Tiara winner.

Guess all the Mikoto supporters left like all the other years. Once she's out of the running they all seem to disappear.

Glad Mashiro won, much prefer her over Asuna. Sad Yoshino lost on the other hand. Both had really close matches though. Getting a little tired of Kanade getting revved up as the "Final Boss" for all the tiara-wannabes though and would have preferred the defending Champion instead.
Top

1 Nova and 3 Stella, ever since Stella and Nova division we haven't had a even number in the Semifinal. Enju beating Stephanie is good news to me since that means Tina might not be as weak as I thought when Enju barely passed Miyuki.
Top

Oh wow, those graphs. Be interesting to see what happens now that Asuna fans will likely drop the tourney (like last year). 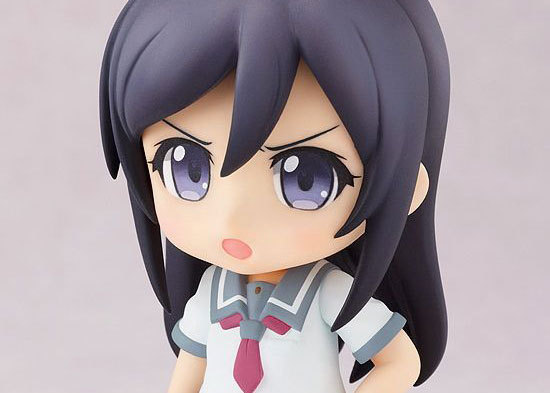 “it..its not like i want to win at this indecent competition anyway”

good, solid win for Chitoge and Enju.
Saya's win was nice, but weak

Now that Aoyama and Kotori decided on who will advance to the semis, I will support Kotori the rest of the way.
Top

Ugh. Shit results everywhere. Only decent result is Kurumi winning, but that's it.

>Thanks to my secret santa<
Top
Locked
83 posts