Discuss any anime in general, ISML or not. Please be mindful of spoilers and use spoiler tags!
Post Reply
44 posts 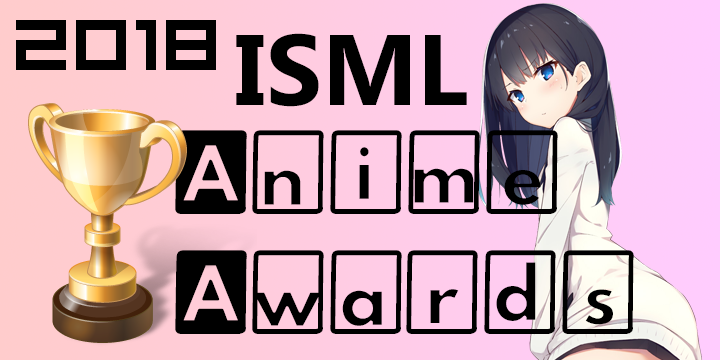 Back by popular demand, our annual ISML Anime Awards is here!

ABOUT Welcome to the Anime Awards! What an incredible year 2018 has been for the anime industry and its fans. Anime has never been more trash than it is today, with shows like Ryuuou no Oshigoto and Ore ga Suki nano wa Imouto dakedo Imouto ja Nai.

This year has seen the industry grow at an impressive rate outside of Japan, while the country itself is still struggling with declining birth rates. And now with our fans from around the world, ISML is celebrating the best anime of 2018!

You’ll get to voice your choices on January 30, 2019, when voting opens across 21 categories. And finally, on February 16, 2019, livestream from Los Angeles, the esteemed winners will be announced to the world in an all-star event for whomever decides to watch the stream that I'm doing. Or I mean, you can just check the thread afterwards.

The Anime Awards is a celebration of anime, and it’s for you, the passionate community who makes this all possible. Actually I really didn't want to do this again but for some bizzare reason you guys all loved it last year and kept nagging me to do it again. Sigh. 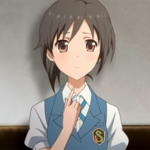 REAL TALK This is a parody of the Crunchyroll Anime Awards, except we're doing this legit mode and every ISML voter will be heard! At least on the forums. Please PM me your ballot (or post below, if you're okay with a public ballot) with valid options for as many of the 21 categories above as you would like to submit nominations for. Even if you aren't voting for a category, just copy & paste the above format. Here are some clarifications for some of the categories:

Best <Genre>: Must have the corresponding genre tagged on MAL. You may ask about specific series, judge has final say.
Best Mult-cour Series: Series must have more than 18 episodes. Includes second seasons and split cours, and OVA mini-seasons.
Best Ongoing Manga: Any manga/manhwa series that has released a chapter in 2018 in their native country.
Best OST: Just name the anime, not a specific track.
Best Hero: Must have a Main Character tag on MAL OR be a professionally employed hero.
Best Villain: Up to judge's discretion whether character qualifies.

Ballots will close on February 13, 2019. This will give me ample time to prepare the results in an entertaining fashion on the stream!

Best Action Megalo Box
Quality dropped midway but in overall among the other actions I watched (I didn't watch many tho,) still best.
(also bcs Shoujo Kageki isn't listed as action in MAL.)

Best Slice of Life Yuru Camp△
bcs for some reason Yorimoi isn't listed as SOL on MAL. I don't want that to be an argument against my nominee, so...

Best Sport Uma Musume: Pretty Derby
Though tbh, this is more like an idol show than sport kek. It's still mainly sport, tho, so...

Best Film Sayonara no Asa ni Yakusoku no Hana wo Kazarou
I haven't watch much from this year. But this was good.

Best Manga
off. Haven't read anything since I was done with High Score Girl.

Best Boi Koutaro Tatsumi @ Zombieland Saga
The show wouldn't be anywhere without him.

Best Villain Asagiri Kaname @ Mahou Shoujo Site
I wanted to put Nana in but with how they're placing her, I'm afraid that she only passes on as an antagonist (for one arc,) not outright villain.

and tbh I'm out of idea. There's none that really stood out for me from the new ones, and I want to avoid having to nominate someone from 2nd season/3rd season/remake etc anime bcs its character
There are a few of those "outright evil" villains from last year, but none really pique my interest.

Best OP Irozuku Sekai no Ashita Kara OP1 (Song title: Haruka to Miyuki - 17 Sai)
The only thing good from the show kek. On a more serious note: it is beautiful.

Best ED High Score Girl ED1 (Song title: Yakushimaru Etsuko - Houkago Di(e)stra(u)ction)
This ED wins against Yorimoi ED simply bcs it's way more animated and has a beautiful board for it.
In terms of how each ED closes out each episode it was on (respectively,) both did a great job.

All ballots before this post are still valid, however feel free to edit it or submit a new one. (Drama nominations will be invalidated).

I have finished only four animes of last year and am watching three...
It seems I spend too much time watching old animes...

I also thought about putting Gegege no Kitarou (2018) for best OP. It's quite perfect for the show.

Legend of the Galactic Heroes: Die Neue These ED:
https://www.youtube.com/watch?v=uRL_orvqhsQ 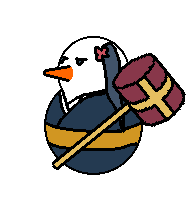 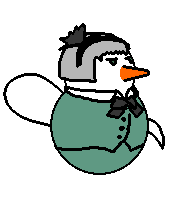 Nominations are closed! Please look forward to the announcements tomorrow regarding which series made it to the live round!

Let's begin to announce the nominees! 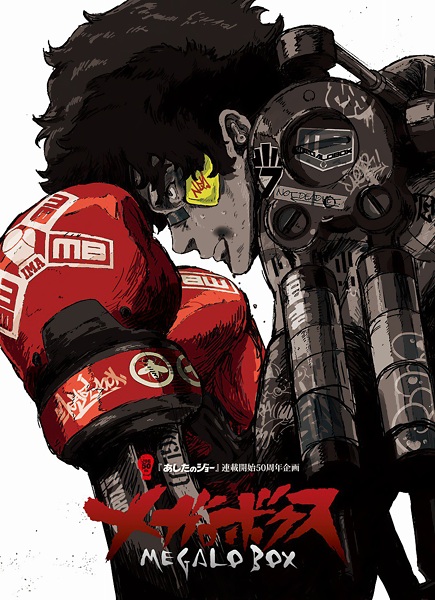 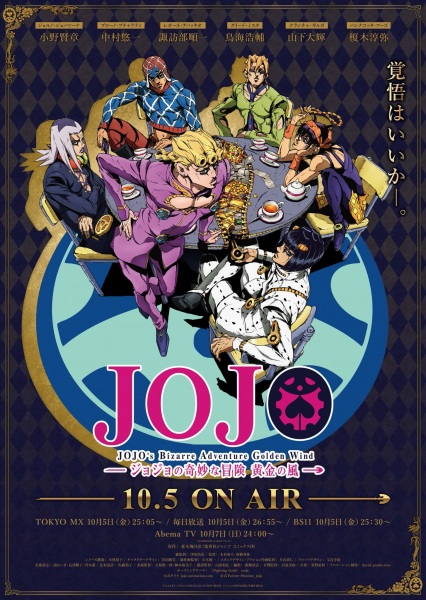 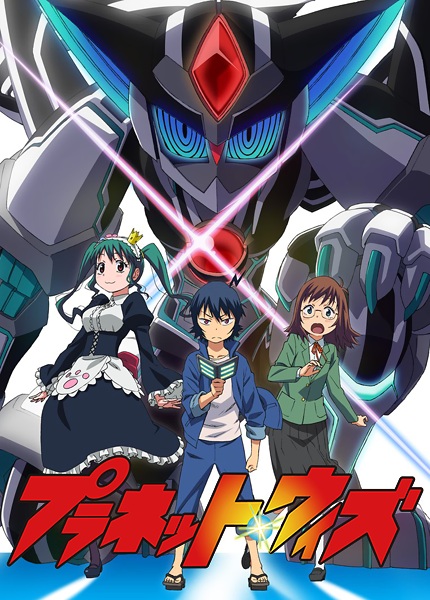 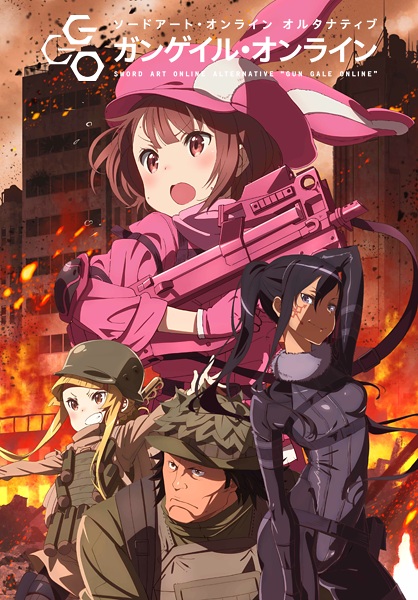 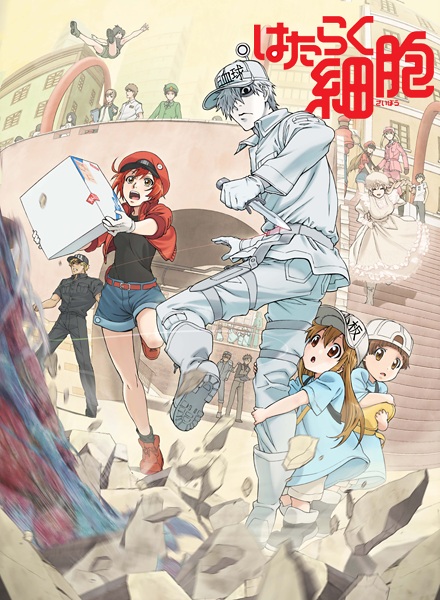 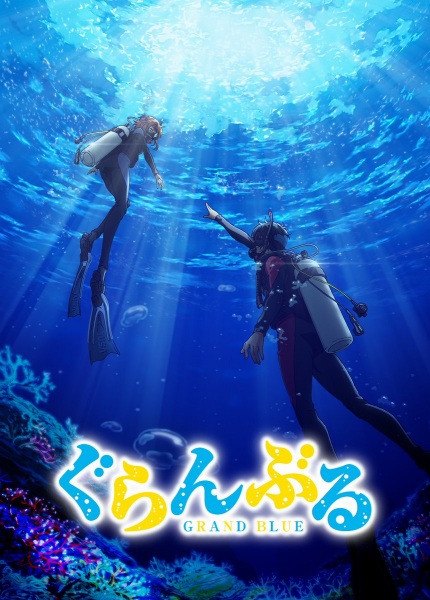 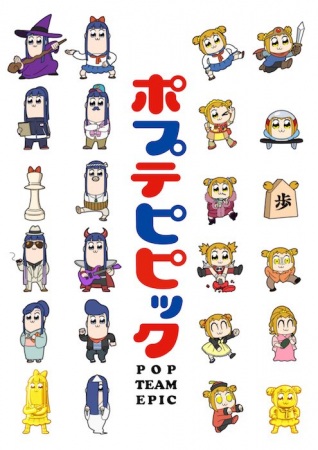 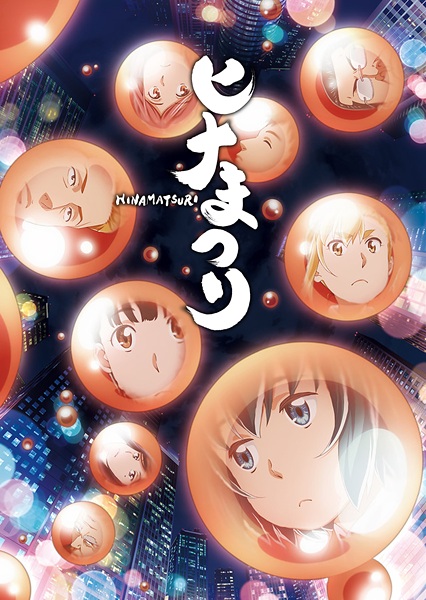 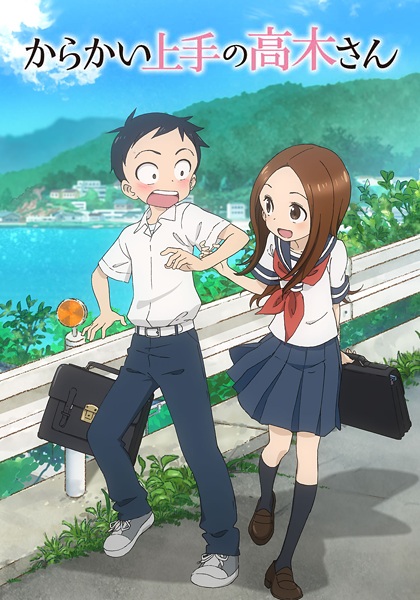 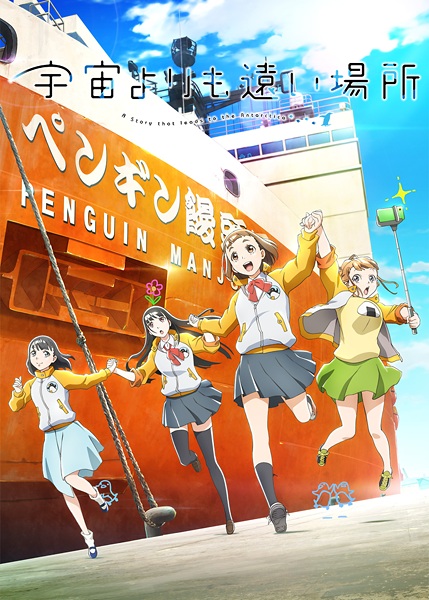 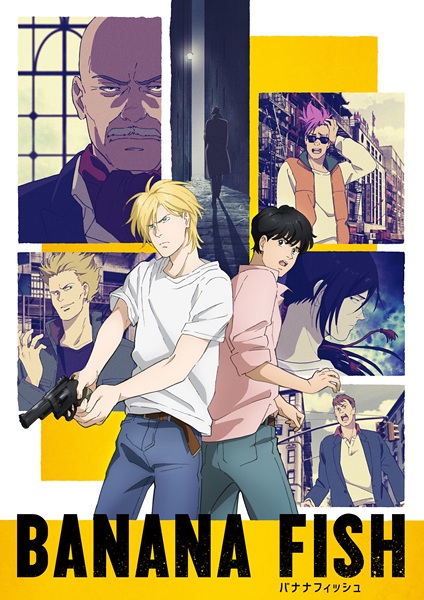 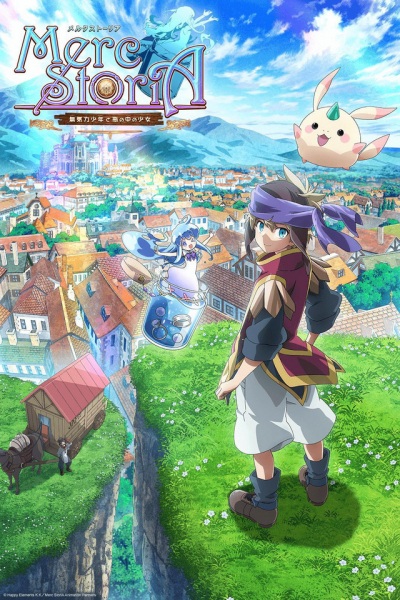 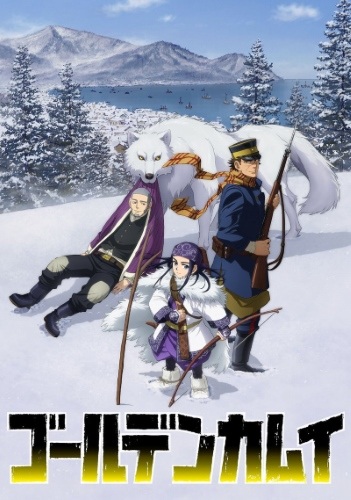 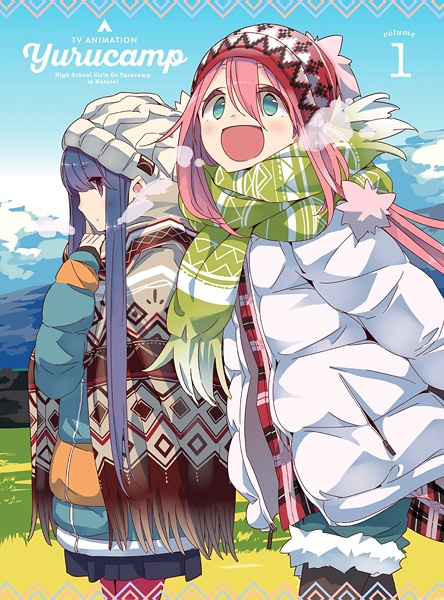 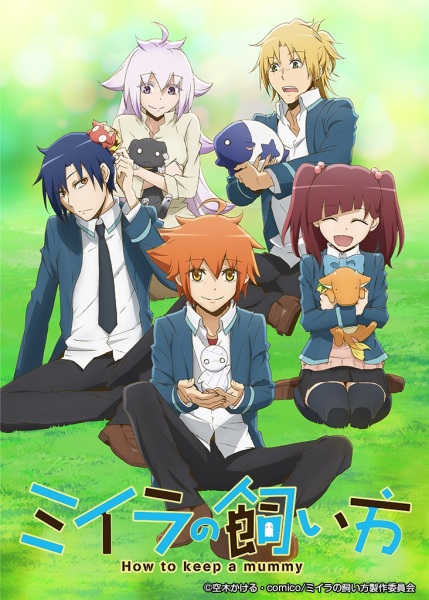 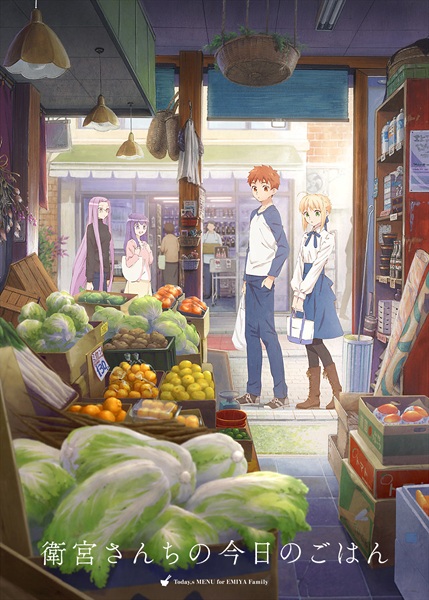 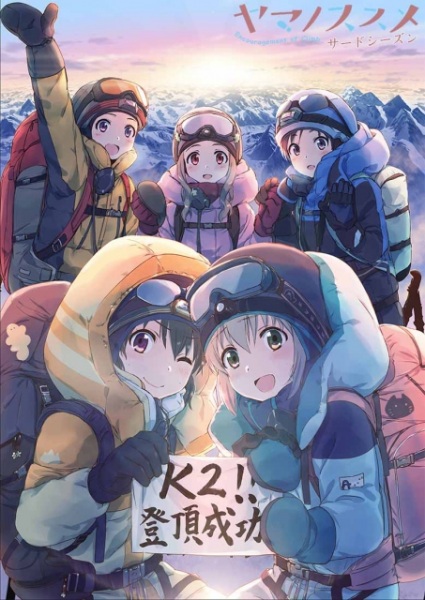 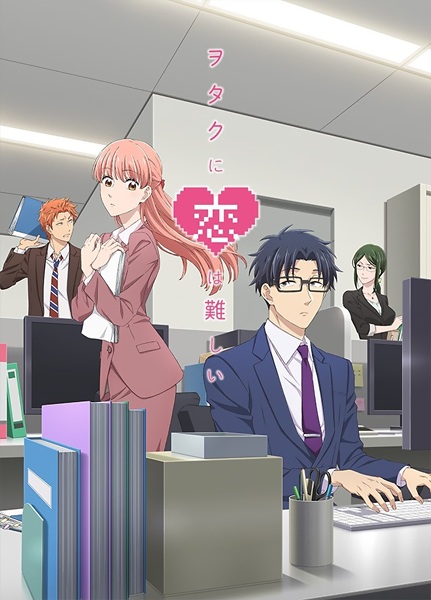 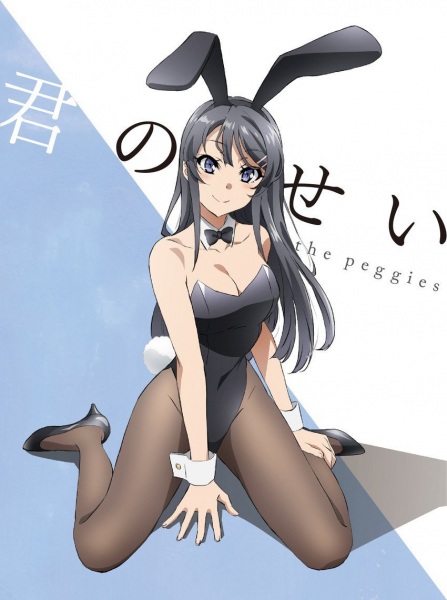 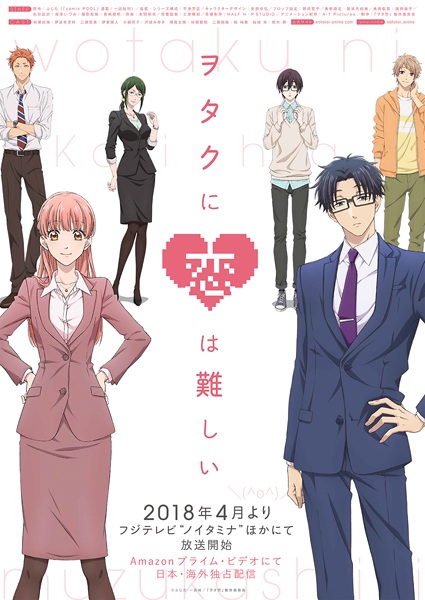 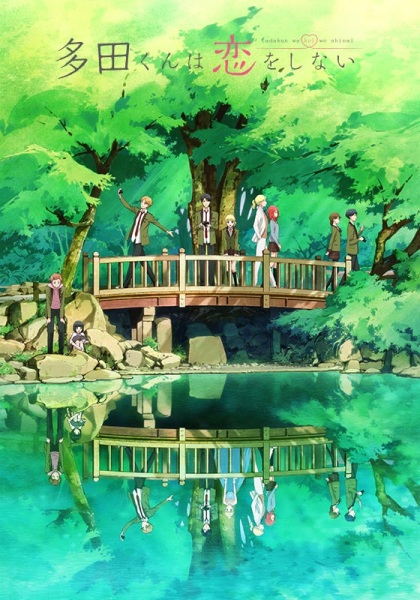 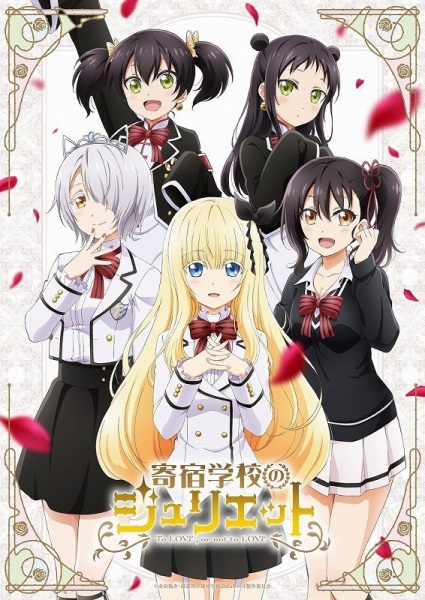 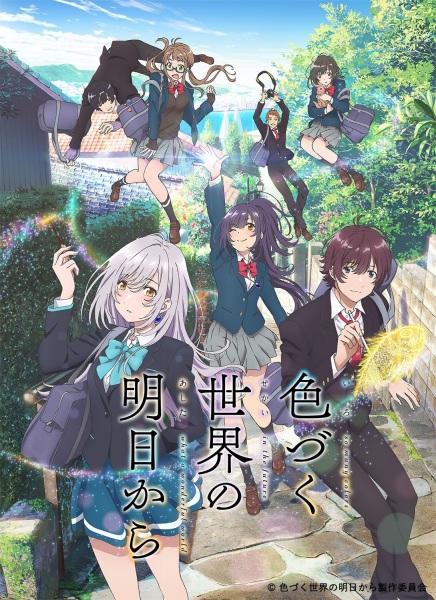