Our webpage isn't working properly at the moment. Please release this to all relevant forums that follow ISML. 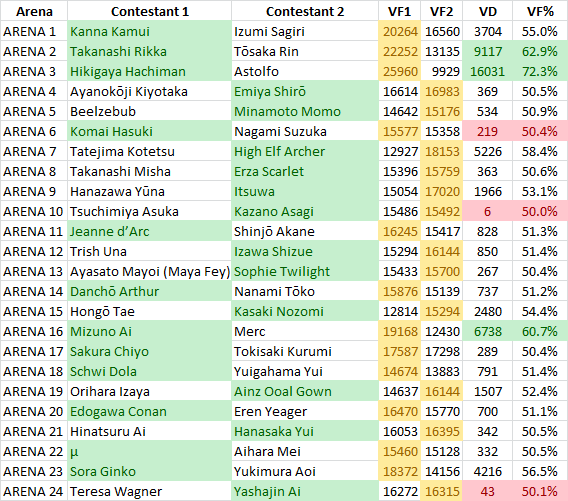 Congratulations to Kanna and Rikka! Well, Rin has done a really good job in Ruby and Diamond period and won Ruby necklace. However, in this match, she was soundly defeated by Rikka. It is Rikka's first time to be a quarterfinalist but it's hard for her to be a semifinalist.
Top

By Jo-Ryan Salazar
The Bedlam on Baltic Avenue
January 16, 2019

The expectation was for the turnout on Postseason Match Day 1 of the 2018 International Saimoe League to reach 80-90,000 unique voters. As it turns out, it was less than that. Still, some very good races too place. In the eliminations main draw, Kamui Kanna defeated Sagiri Izumi 20263, Rikka Takanashi scored a 22251-13135 scalp of Rin Tohsaka, Hachiman Hikigaya routed Astolfo 25960-9928 and Shirou Emiya prevailed over Kiyotaka Ayanokouji 16982-16613.

Match Day 2 of the 2018 International Saimoe League Postseason is scheduled for January 16, 2019. Vote for your favorite characters at InternationalSaimoe.com and join the ongoing debate.